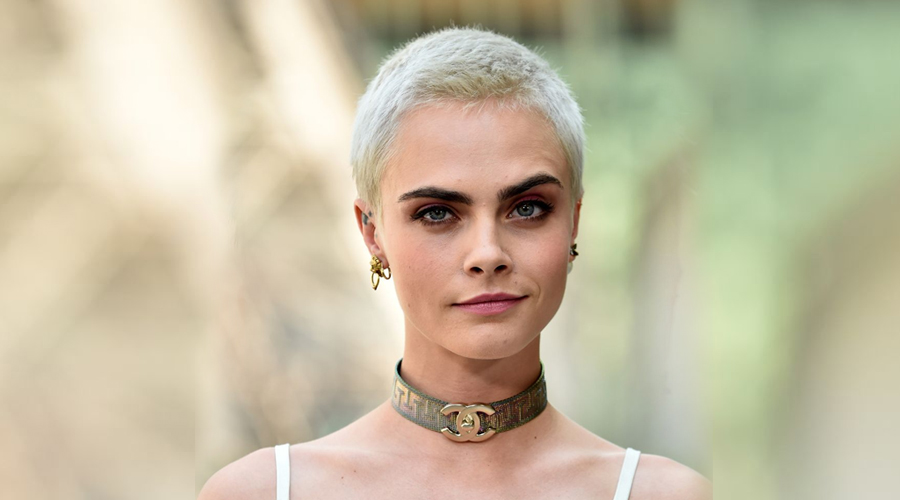 We all love how gorgeous blonde can look. Many celebrities have gone under the scissors, from close cut to below the jawline. More are blonde in shades from platinum or ash to a touch short of mousy brown or bronde as it’s currently known. But a Venn diagram would have a smaller intersection of those with both. We’ll consider five of our favorite blonde celebrities who fit both criteria. 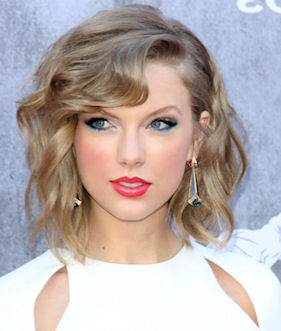 A singer and songwriter who’s gathered attention from all around the globe for her multitude of hits like “Shake it off” and “I Knew You Were Trouble”. Taylor has developed from child star to multi-platinum selling artist. Her songs have evolved over the years as has her general style. At the outset of her career, she wore her locks quite long, with differing levels of curls and often with bangs. As time passed she has gradually gone shorter, often with waves but sometimes straight too. Here, she has side-swept bangs, a side parting, and loose waves at the sides and back. 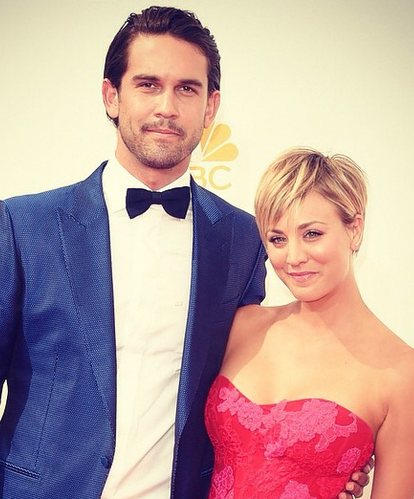 A star of the hit TV show “Big Bang Theory” which has now enjoyed many seasons of success. She’s often compared to Jennifer Aniston during her early career. Known for her long flowing tresses for much of her period in the limelight but around the time of her marriage to tennis player Ryan Sweeting, Kaley went to the other end of the scale. See her here with Ryan sporting a pixie cut with one side tucked behind her ear. She appears to be very happy with her new style if not Mr Sweeting as they’re now divorced. 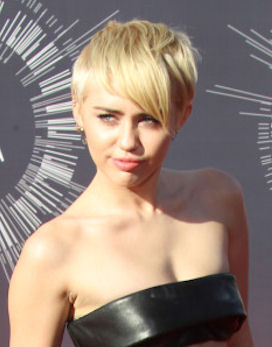 The super famous singer shocked the showbiz world when she ditched her squeaky clean image. This image was nurtured with care during her Hannah Montana years. Then she took a more risqué approach to public life. From playing naked in the “Wrecking Ball” video to twerking with Robin Thicke on stage at the MTV awards while sporting her fresh blonde undercut. She digs the lopped blonde vibe because she’s kept it for a while and keeps experimenting. 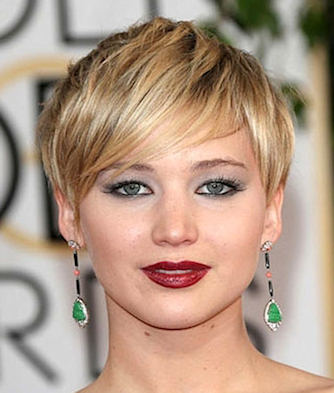 A super successful actress who’s still young despite starring in many box office hits. Jennifer won an Academy Award in 2013 for her role in the lower-key movie “Silver Linings Playbook” but her two most recognized roles are Katniss Everdeen in The Hunger Games series and Mystique in the X-Men franchise. She chopped her locks back in 2013 into a very trendy pixie. Though it received mixed reviews we thought it was special and although she has been letting it grow back a little we hope she will return to Shortville again soon. 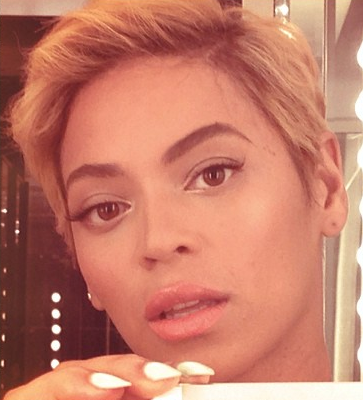 Beyoncé is currently one of the most famous celebrities on earth and has a long and varied style history. We know that Beyoncé will always strive to appear flawless no matter what she wears or how her coiffure is done. She has developed a signature image over the years of her career. She surprised all her Instagram followers by posting this picture of her short and blonde. By virtue of a battalion of stylists armed with extensions and wigs she was seldom seen in public with actual short hair but it’s the thought that counts.