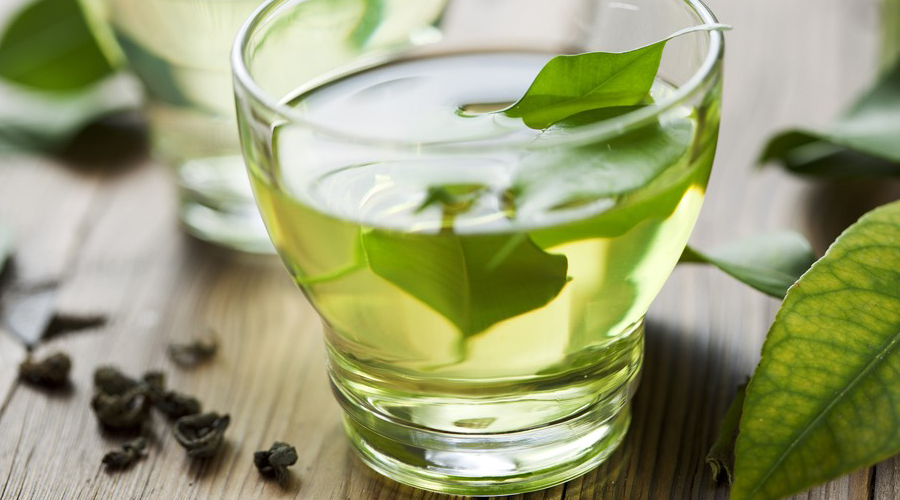 Tea has been drunk for millennia. The first tea was drunk almost definitely over 3000 years ago with some evidence putting it at as long as 5000 years ago. For most of that time, only China was a consumer. It spread to Japan and other nearby parts of the world by around the 10th Century AD. Tea reached the west, landing in Portugal first in the 16th Century. Colonial Britain imposed it on the rest of the world from the 17th century. Today only water surpasses it in terms of levels of global consumption.

All tea comes from the Camellia Sinensis plant, an evergreen shrub pruned to keep it small making harvesting easier. There are different varieties that lend themselves to different types of tea. In general, what happens to the leaves after picking determines the resulting type. Wilting the leaves starts the oxidation or fermentation process which is the action of enzymes already present in the leaf Taking the leaves, bruising, chopping and generally slapping them about speeds up the process. Allowing this reaction to complete before drying produces black tea, which is the usual stuff that’s drunk in the west like Darjeeling, Earl Grey etc.

Reducing the level of oxidation delivers other rarer varieties like Yellow and Oolong. Minimizing or cutting out oxidation/fermentation completely produces green or white tea. Green or yellow or white or black is not referring to the color of the liquid you drink it’s in reference to the leaves after processing.

Only the leaves make green tea and heat and humidity control the oxidation process. White tea contains buds and is not generally heated. Both varieties are delicate in flavor and have a similar chemical composition. White tends to have more antioxidants and less caffeine. On the face of it, white tea is the better option but they have so similar chemical compositions and there has been much more research on green tea that we’ll treat them the same for the purpose of this article.

This might seem obvious but preferences vary all around the world. The accepted best practice for green or white tea is to let boiled water stand for a while allowing it to cool to around 80 degrees centigrade then add the tea for a minute or to taste. Most people drink the resulting liquid as it is but others prefer milk, sugar, and/or honey.

Levels of green and white tea consumed in the west have soared in recent decades due to reported health benefits. At any one time, there’s always at least one health fad doing the rounds. Most health fads are fuelled by anecdotal evidence at best, with no evidence-based science going on whatsoever. Is green/white tea any different? The answer is it’s a bit different but let’s not get carried away.

There are many websites trying to convince you to drink these teas for any number of ailments. From gout to an earache, those websites will be likely to also sell it or will link to another site that pays them a kickback per sale or click, so not particularly impartial or reliable. The fact is there’s no conclusive evidence of any health benefits. You can find papers published supporting this theory or another but that’s often a world away from a proper, well-run and, most importantly, an impartial study conducted by an authoritative body and, also importantly, tested on real humans rather than cells scraped off a cat’s elbow.

We are talking about something that is quite inexpensive and poses no risk to take in moderation so is it worth drinking anyway on the strength that some of the claims might get proven in the future?

We know that green and white tea contain things that, in theory, will reap a long term health benefit and it’s better for you than Vodka.

One thing we know is true is tea has a wide range of antioxidants. Antioxidants are chemicals that prevent the oxidation of other molecules. If oxidation occurs in a cell of your body another type of molecule called a free radical can form which can produce a chain reaction of damage. An antioxidants role in this is sacrificial i.e. it gets itself oxidized instead allowing damage to the cell.

In tests on various cells and animals, certain antioxidants found in tea can have a preventative and curative effect on certain types of cancers. All very nice but the theory has, as yet, not worked in the real world. This could be because the studies have failed somehow or the jump from simple lab tests to actual real life benefits doesn’t happen. Research continues.

Close to our hearts. There are claims that green tea prevents alopecia and promotes healthy growth. We have yet to see any proof of this in the human population but an experiment on mice with hair loss issues is often cited as evidence. It’s intriguing and we’d like to see more research but in all the thousands of years of tea consumption, you’d think someone would have noticed if all the green tea drinkers had full luxurious manes. The experiment does not make clear the reason the mice lost their hair, maybe they had stressful jobs.

High levels of cholesterol and high blood pressure are linked to strokes and heart disease. Studies have been more promising in this area with several showing positive results. The reductions in both cholesterol and blood pressure were quite small and the levels of tea consumption undetermined. In this area tipping the odds in your favor is always a positive however slight so a tentative tick in the box here.

Antioxidants in green and white tea have been observed adding to the longevity of nematode worms and reducing nerve damage. These are more examples of things working in a test tube but not showing up in the real world. It might be because we’re not worms.

The great thing about the internet is that everyone can have a say on an almost countless number of issues. The downside of the internet is anyone can spout any old garbage with impunity. Also if you’re saying what people want to hear it tends to be self-perpetuating. The theory goes that catechin, an antioxidant present in green and white tea, speeds up the metabolism. Higher metabolic rate leads to weight loss. Small-scale studies have added strength but only at prohibitively high doses. Other studies are contradictory (high doses also have poorly understood health implications). The fact is that there is no generally accepted evidence that green or white tea aids weight loss

If science had unlimited time and resources it will produce a safe, cheap and effective cure for obesity in the fullness of time. At the moment the only sure-fire way to sustainable weight loss is a sensible diet and a bit of exercise as a way of life, not a quick fix.

Our advice is to drink a sensible amount of green and/or white tea on a regular basis. You may see long term benefits but don’t expect short term miracles